10 Things That Were Totally Different in Parks and Rec Season 1 // Subscribe: de-vid.com/u-MsMojo
As much as we love this show, we remember a lot of things that were totally different in the Parks and Recreation pilot. We’re looking at all of the ways Parks and Rec evolved after its first season. We came to love this quirky comedy, but the first season is a bit of a hard sell. MsMojo ranks the things that were totally different in the Parks and Rec pilot. How else did Parks and Rec mature over the years? Let us know in the comments!
Watch more great Parks and Rec related content here:
Top 10 BEST Parks and Recreation Episodes - de-vid.com/video/video-0PbyaJXxgoQ.html
Top 10 Crazy Parks and Recreation Details You Missed - de-vid.com/video/video-BWrs4M5CkWI.html
Top 10 Hilarious Parks and Recreation Running Gags - de-vid.com/video/video-dh70nkPda8g.html
Check out the voting page for this list and add your picks:
www.watchmojo.com/suggest/Top+10+Things+That+Were+Totally+Different+in+the+Parks+and+Recreation+Pilot
Suggest a video here: www.watchmojo.com/msmojo/suggest/
MsMojo's Social Media:
Facebook►►www.Facebook.com/MsWatchMojo
Twitter►►www.Twitter.com/MsWatchMojo
Instagram►►instagram.com/MsWatchMojo
Snapchat ►►snapchat.com/add/mswatchmojo
Get MsMojo Merchandise at www.watchmojo.com/store
Shop: shop.watchmojo.com/collections/msmojo-merchandise
WatchMojo is a leading producer of reference online video content of Top 10 Lists, Origins, Biographies, Commentary and more on Pop Culture, Celebrity, Movies, Music, TV, Film, Video Games, Politics, News, Comics, Superheroes. Your trusted authority on ranking Pop Culture.
#ParksAndRecreation #ChrisPratt #ParksAndRec

What did you guys think of the first season of Parks & Rec? Is it just us, or did it get so much better as it went along? Comment your thoughts below!

Even if the first season wasn't great, I guess the dark and cynical setting gave a lot of space to the characters to evolve and improve. That's why you eventually love Andy, cause he improves over time. If they had all been optimists from the start, maybe it wouldn't have resonated as much. Plus the secondary characters need time to establish their history and make them "unforgettable"... Just my opinion.

What about Donna meagle, crazy change

Great list! The first season of parks and rec is like the first season in the office. Both shows were mimicking other shows and had no direction. I'm glad they figured it out as season 3 of both shows are some of the best comedy tv out there.

I didn't give it a chance because of the first season halfway through. Years later my friend told me to try the 2nd, and I fell in love.

MsMojo i liked season one and was I the only one who thought Mark was funny? Lol

So happy they took Mark off the show. He just didn’t fit.

Thankfully it was so short😂

7:29 at first I didn't like her but now Everytime I see her I wish for her to find someone to love her back 😢

6:03 omg what a legendary fucking shot I never even noticed how he used to little grabbing thing all the way from the table to make that! That's awesome

I am I the only one who actually likes season 1? 😅

I think the characters really grew into themselves, and even if they were on a different path in the beginning, it was like character development. Also, Ben Wyatt wasn’t introduced as a nerd, initially he had made a joke about 2 basketball teams. Something Ben would have NEVER joked about later.

"the characters had no backstory in season 1!" Well duh, it was season ONE.

Hot take: I didn't really like Andy and I _hated_ Mark in the first season. I'm glad they made Andy a more lovable doofus (who I personally love), but Mark like barely changed and he was so horrible to Leslie, Ann, and even Shauna. In this essay, I will

A change I noticed from season 2 is Eagleton is two towns over in the Kaboom episode later to be Pawnees neighboring town that seceded from Pawnee.

Andy wasn’t really a jerk per say. He was just an extremely immature person

0:30 i just saved your time when i rewatched parks and rec the first time i remembered mark and wasn't too happy about it

season 1 was garbage i skipped it lol

Mark was the absolute worst. No charisma at all.

I kinda get the feeling these guys didnt actually watch the series. Probably just scrolled through a wiki and watched a few clips from youtube. There was no real change in Ron and Leslie's professional relationship other than Ron getting more screen time. And there was definitely no surprise that Andy was a jerk in S1 because he became bigger jerk towards the end. I think the biggest change in his character he started to become more mature and calling people out on their wrongs.

Leslie was always good at her job.

Fun fact: Andy and April weren’t intended to be together. Producers wrote that in because of how much chemistry the actors had with each other. This was drawn to their attention during the scene where April is on hold forever.

Is it just me, or am I the only one who thinks season one was the best one?

every time i rewatch Parks I start on season 2 ep. 1 lmao

I love Parks and Recs. This video gained you a subscriber. Thanks for it.

And that’s on character development

Parks and Rec didn't gain its momentum until Ben and Chris arrive. Removing Mark removes a sour outlet for Andy to be skeevy with Ann. They also remove Kyle for him to pick on and focus solely on Jerry, but that's little bits from everyone. Season 1 Andy was just supposed to "guest star" too but he was so popular he stayed on.

#9, NBC probably didnt want to associate their show with some one accused of abusing his players

I hated season one. My son got me to watch season 2 and now I love it

I actually really liked Parks and Rec, and I definitly liked Tom better in season 1. I even liked Mark too, until he dated the nurse that kinda destroyed his character. I also loved the episode where Andy did something nice for the nurse. I think you need these shitty characters to make these heart warming incidents that much better. You aren't gonna care much if you have a thoughtful, caring guy like the new optimisic city manager do something nice for someone. Also the joke with Jerry being hated by everyone except one got old.

Most of the characters were pretty bad in seaosn one, with the exception of Leslie and Tom. They stayed consistent the whole time, other than going through character development

i remember watching this show in season 1 and disliking almost every character including Leslie. I watched it again in season 3 and fell in love with the cast

Lesley basically made everyone more comfortable in their own skin and overall better people.

80% of the video was about Leslie and Ron... Did not mention April not even once...Leslie is boring...

I rebinge this show every so often and I typically start with Season 2 since Season 1 is kind of flat. As you pointed out Season 1 is so distinctly different than everything that follows.

The show was always awesome

The addition of Adam Scott as Ben Wyatt took P and R from a pretty decent spinoff to one of the best, most heartfelt sitcoms ever. Leslie and Ben are one of the best things that ever make-believe happened. Treatcha self!

This is what made Parks & Rec one of the best shows of all time. They learned from their mistakes and made the show MUCH sillier but still somehow believable.

Parks is one of the great shows of all time and yes the first season was not its best.

You can totally skip season 1 and not miss anything!

You know your character is bad when he gives an declaration in an episode that he is leaving after getting a new job, leaves the show, and it takes 5 seasons for you to realize there is a missing character.

This all sounds made up. Season 1 is not so crazy different from the rest of the season. Even clips they use I can pick out other seasons where the characters still think the same thing. Eh.

When I started this show I would always hope that Andy and April would date.... little did I know

I don’t get the hate for Andy in season 1. He was always this man child since the beginning. The only change is he got a job and new girlfriend.

whenever i rewatch the show, i start from when ben & chris get to pawnee.

Mark started off way to Alpha, like a privileged Frat dbag, but then as Leslie became more confident, they made him a soyboy who was Leslie's little B. And that is why he had to go. They emasculated him so much he was useless. I mean even Jerry got a hot wife and a huge wang. Mark was just by the end a pathetic loser. What a fall from glory.

ARE YOU KIDDING ME!? Tom was an asshat the entire run of the show. Nothing like Jim!

I actually kinda liked Mark. I mean, I'm very okay with him leaving. But he always had some charm about him to me. He had a few funny jokes. But to me, it felt like he was more of a set-up for jokes instead of being all that funny. So, I'm glad he was there in the first two seasons. But I can't imagine him in the rest of the series

How do we stop you making commentary videos?

Tom Haverford went from being Jim Halpert to Ryan Howard 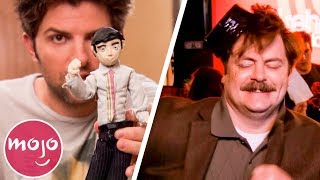 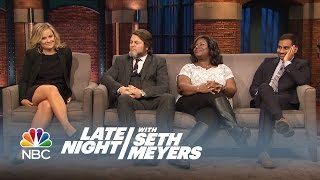 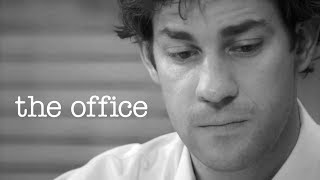 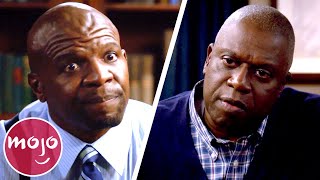 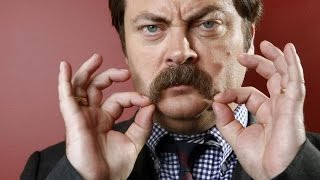 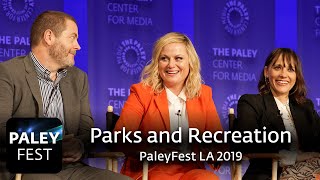 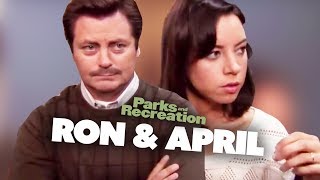 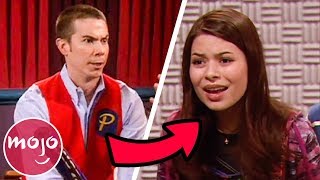 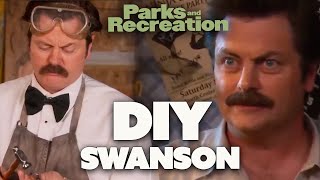 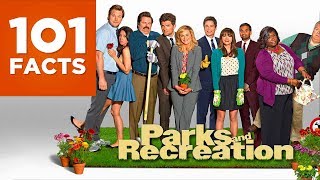 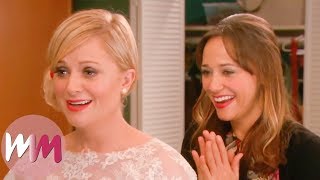 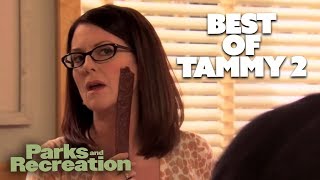