🎥Peruvian Street Food in Cusco: de-vid.com/video/video-a3UeLFKtdwk.html
👕T-shirts and caps: migrationology.com/store/
🍌Mark Wiens Banana Chips - Worldwide Shipping Available Now: m.me/BananaJoe?ref=MarkWiens
Huge thank you to Janet from Pasitos Andinos Experience (www.pasitosandinos.org/) for arranging this amazing Pachamanca. #Peru #PeruvianFood #pachamanca
Pachamanca is an underground hot stone oven style of cooking from the Andes mountain regions of South America. There is evidence that humans in the region have been cooking pachamanca for over 8,000 years, and it was a common way Inca’s prepared food as well! It was a huge honor to have this opportunity to have a traditional, no shortcuts, pachamanca when I was visiting Cusco, Peru.
From Cusco, Peru, it was about an hour drive. We met with Julio, the leader of the small Quechua community, and he brought us to the village, high in the mountains, and an incredibly beautiful place. We were immediately met by the amazing community, beautiful people, who welcomed us in and showed us their immense hospitality.
The first step in prepared in a pachamanca is heating hot stones, but they have to set up the stones in an absolutely genius stone structure in order to build a fire and heat the rocks. They showed us the entire process as I watched in awe. The rocks must be heated for 4 - 5 hours before they are ready to cook.
When the pachamanca was heated and ready, they first tossed on the variety of potatoes, then the meat (including alpaca) which was marinated in spices and wakatay (Peruvian black mint), then layers of rocks, fava beans, and then covered the entire pachamanca with an herb to seal it in. Finally they covered it with earth to seal in all the smoke and steam. It was astounding and beautiful to see them as they prepared the entire pachamanca, an ancient Peruvian cooking tradition.
Moraya - Ancient Inca technique of freeze drying potatoes - In addition to the pachamanca, they also made a soup made with moraya, an Inca technique of free drying potatoes to preserve them. The soup was delicious, and so warming.
The pachamanca was absolutely delicious, all the ingredients sort of steamed and roasted at the same time. Some of the ingredients were charred from the hot stones, which added to the incredible flavor. And along with the delicious food, the experience of being able to watch them load and unload the pachamanca, was something I’ll never forget.
Again, thank you to Pasitos Andinos: www.pasitosandinos.org/
🎵MUSIC:
“Si Tu Me Vez”
www.audionetwork.com/
------------------
🍌Banana Chips are available now worldwide!!
m.me/BananaJoe?ref=MarkWiens
👕Get t-shirts and caps:
migrationology.com/store/
📷Camera gear I use:
kit.com/markwiens/camera-video-gear
------------------
📱FOLLOW:
Instagram: instagram.com/migrationology
Facebook: facebook.com/migrationology

Unpolluted world. Hope it remains so.

One of the best cooking video I ever seen in my life till now. What a marvellous way they greet you all. Sometimes I feel that we are better at past.... The Mordanization effects us badly. We all need to feel the sence of bonding between humans.

This episode brought a special warmth to my heart.

Peru is amazinggggg. 🇵🇪 the culture ,food and. people. I hope every person in the world visite Peru when this pandemics end.i love peru👌

I am sure not a good taste to him though, not all time a good food to him. That's polite to local. Sure

Wow, I'm not Peruvian, but I got emotional over watching this. Makes me miss something I've never experienced. Great episode! Wow!

Peruvian Food the Best of the Best!!!

No wonder the Inca built such a great empire! I wonder of all of the places Mark has visited, and all the foods he has tried, which is his favorite?

That was such a beautiful greeting, it’s brought tears of joy to my eyes. The singing and everything thank you mark for visiting and documenting their lovely culture and cooking this was a great video

Thats amazing , Im peruvian and so excited to watch the culture of my country that have been forgotten for years and years but I really want to travel to all the skirts of the cities and see how they live in their comunities and etc So , good to watch this videos . Great !

Mr. Mark sorry to say I stopped seeing your videos and gonna unsubscribes your channel.. because even after having 1 KG tasty food if I see your videos am feeling hungry... that much feel you are giving ... just loved the way of your presentation 😄😄🥰🥰🥰🥰

People living in harmony with the mother earth , Amazing 🙂.

oh my god mark ,thanks this video es really beauty ,pardon my inglish

This is a very valuable video for Perú culture, thank you for it.

I wish there was LOVE button specifically for this video. Thank you Mark Weins for sharing such a culturally rich and delicious looking video. LOVE!

Anybody: Mexicans and Chileans: 👎

Unique cooking, and Mark makes it more special by his respectful passionate commentary. Wish Columbus and all the explorer who followed had such respect for local people. Love to Inca. People are awesome.

My people from the Cook Islands do the same thing except we put all the food down first and then all the hot rocks on top. We then cover the rocks with loads of banana leaves. It is a technique used in many Pacific Islands cooking. Kia Orana

How to go there?

In this time of millenial i really really appreciate the tradition..amazing that they preserve their tradition on how to welcome a visitors😍😍😍😍😘😘😘😘

Hi! I am from American. It was so amazing! I have never seen like Peruvians cooking stones and sands with meats and corns and sweet potatoes and beanies. It is so interesting. Peruvians seem friendly and nice people.

Thats why for the eighth year in a row, Perú has been recognized as the Best Culinary Destination in the world 🇵🇪🔝

This is so wholesome ❤️❤️❤️❤️. My heart is happy watching this, thank you.

Again where is Ying?

This documentary has reborn the ingenuity of ancient cooking. This video must be saved for another dimension of history. Thank you very much Mark Weins. Well done.

never see that bevore love it thanks for charing

Thanks Mark , I love watching your Videos , you are humble and respective person. Keep up.

I am going to bar be que like this. Dear Universe I want a partner who will do all this with me. I'm so bored, I'm failing at life and I just want to live. Amen. That chicken wing looks soooo good.

Thats why for the eighth year in a row, Perú has been recognized as the Best Culinary Destination in the world 🇵🇪

These meats looks so dried and burnt.

Mark greetings from Iquitos Loreto I hope you will soon come to the Peruvian jungle to visit and learn a little about our Amazon culture and gastronomy ...

Interested in the video and everything but your personality is off-putting. Can you just chill out while still making interesting content?

Thank you so much that you enjoy it so much 💜 Your video brought me many memories when I went to Pachamanca with my grandparents in Huanuco. I live in Lima and I can only make pachamanca in the pot, it changes the flavor a little because cooking with rocks and steam is different but very rich

The soup and corn looked edible. The rest looked soooo over cooked and dried I don't think I could do it.

I'm half cuzquenian from My mom. Cuzco is a beautiful place

Uh dude the dog is behind you O-O

i'm from brazil and i'm so looking forward to visit Peru! always been a great fan of their country and culture. un fuerte abrazo a los hermanos peruanos desde brazil!

How you make that faces? 😂

Mark has the best soul

These people can teach the western world so much. They must have asbestos fingers....

This cooking method still exists in the Andes. Really. Greetings from Lima, Peru.

Wow! What a beautiful culture! It was amazing to see the ladies in traditional garbs and meeting you with their singing. Their food, their techniques, their hospitality, and their natural weaving techniques was priceless! Thank you so much spending time in this location and showing the world some rare views of this culture.

Mark should win a nobel peace prize for sharing all these different cultures so genuinely and passionately with us.

So warm, a welcome

Precolombian recipe, no, no Pork, Lamb, Chiken, Garlic, Lemon, etc are all from Spanish origin ...it's a little bit confusing

Very warm people. They lovingly prepared the food for Mark and team. Truly wonderful Mark, to me and I know to others too, you are the world's son. Thank you for bringing to us videos of our brethren from different parts of the world and the cultures they created and continue to celebrate. Love and happiness to all people

This dude is hardcore. He's visiting the real parts of Peru. The friendliest people are definitely everywhere but the capital (Lima). Peruvians are really friendly, sometimes they can be a little too friendly.

🇵🇪. MARK YOU ARE AMAZING LIKE YOUR VIDEO 🇵🇪. PERU LOVES YOU ,💐💐💐

This is wonderful.the part i love most is the way they make the fire together

How many languages Mark can communicate in? Mark: Yes.

why do u have to make faces while eating, be normal n more presentable.

U really need a TV show! I feel like Im on vacation when watching u!.

We have Peru to thank for the food of the Gods, potatoes.

That guy in glasses impersonating Mark i think))

Collaboration with dianxi xiaoge from china... She will cook for you and u will eat it...

This is my most favorite video because of the pure nature in everything they do!!! May God Bless them and you Mark for more of these amazing videos!!!! Thank you so much for this!!! 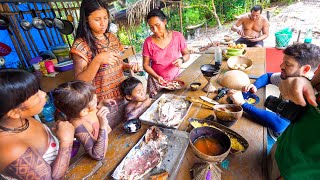 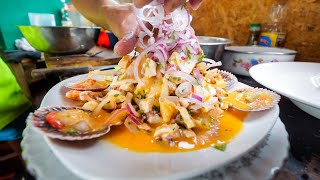 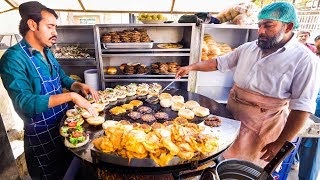 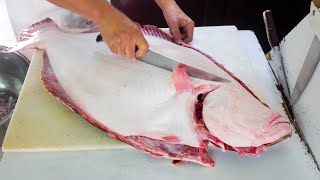 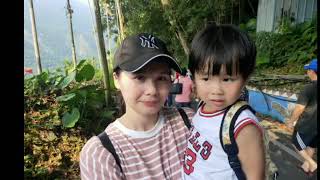 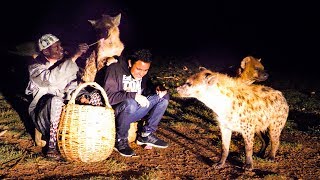 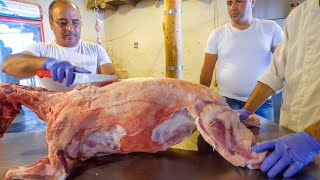 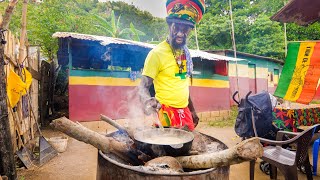 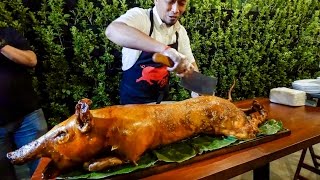 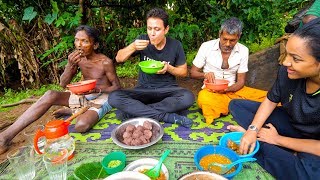 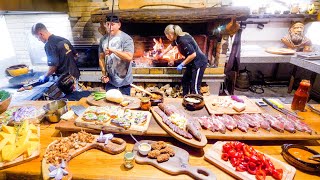 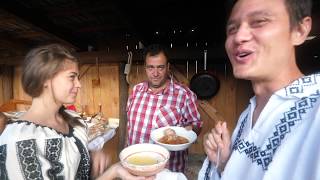